We don't believe in Valentine's Day here. But just in case, on the 14th I bought a Häagen-Dazs, “Belgian chocolate” flavour. Think Pascal's wager! It lasted a few days (we love chocolate, but we never eat a lot of anything like that).

On Tuesday evening I rode my motorbike to Avenida de la Ilustración to meet someone who stumbled upon my post about “Mein Kampf” and had the kindness to write me an e-mail. He's D., a fellow admirer of many of my own intellectual heroes (Sam Harris, Steven Pinker, Richard Dawkins, Jonathan Haidt, Christopher Hitchens, etc). We had a coffee/tea, got to know each other a little bit, and found a lot of common interests. I think we were both excited to discover another human being who had listened to the same podcast interviews, watched the same debates on YouTube, read the same blog posts, and fallen in love with the same ideas, in Spain. Later I introduced him (virtually) to my rationalist and EA circles in Madrid. So, a new friend. In that way, this new old blog has served some purpose already!

By the way, my bike had a hard time starting; it had been parked idly for a few weeks, and in those circumstances the battery always dries out (even when it's quite new, like now).

We lent Miss Entropy's Carnival costume from last year to our neighbour friend C., and bought some cheap clothes at the Chinese store nearby to make up our own costume for this year. It was more shabby than last year's, but also more cute — and we all had fun adapting the clothes and designing some accessories. I went to the store with the two kids (stroller plus standing platform), and later thought that I'm lucky to have two kids who behave so well (in general) that I can take them both to a mundane errand and back, often with little or no drama. 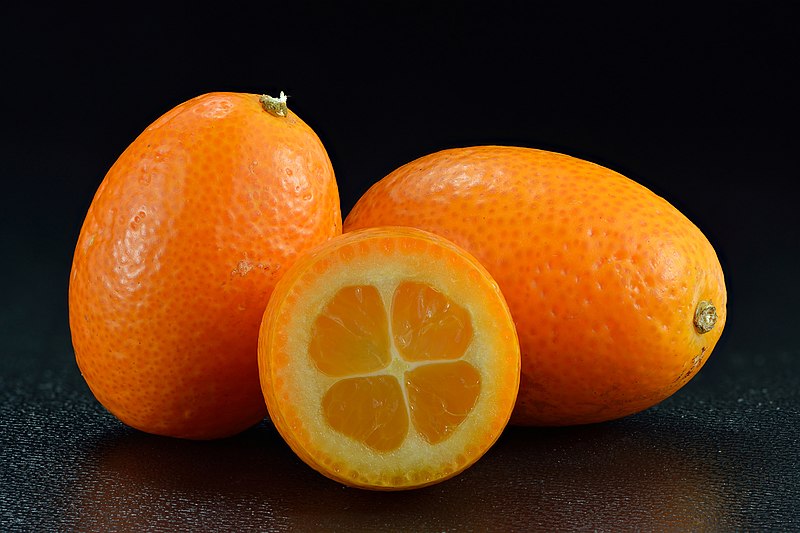 On Friday, at the greengrocer's, I spotted a basket full of what looked to me like quaint tiny oranges and a funny label: “KOMQUAT” (sic). I asked, and the shopkeeper told me to pick and eat one, complete with the skin. (Did you say with the skin? Yes, with the skin.) I instantly loved the combination of sweet, bitter and acid in a single mouthful; and my face probably revealed it, because the guy smiled and nodded, and said: “the Chinese and their things!” Unlike some other “exotic” fruits one finds in supermarkets here, it was reasonably priced, so I bought half a kilo. And that's how tripu met kumquats. Later I shared my discovery on QOTO, and in an instant a cheerful and informative thread with two other Mastodon users unraveled.

On Saturday I played padel with neighbours at 8:30am for an hour and a half again. The match was fun and I felt good, but the day was cold and cloudy, so after that and a round of coffees, we all went back home (and my family at least did not venture out for the rest of the day).

On Sunday night, Breaker of Horses had a bout of fever and we three had a bad night (spoiler: there were a few more of those yet to come).

Remember how the week before I worried that I might have pissed off some normies with a couple of toots? Hold my beer. Last week I shared a couple of videos and (most importantly) typed six letters in a certain combination that someone found so objectionable that they immediately blocked me on Mastodon. Turns out there is one word in the English language that one cannot use — not even to refer to the word itself.

Of course I celebrate anyone's right to reply, condemn, and block. But I felt accused of such grave crimes that I protested and engaged. I felt somewhat vindicated when the owner/admin of QOTO (the Mastodon instance both I and my main critic use) interceded in my favour. For those curious, here's my initial toot linking to the two videos, and an excerpt from my comments later:

“For passers-by, and because I keep on feeling implicitly accused of bigotry, lack of sensitivity, or worse: context and intent matter. I insist on this because that basic rule keeps resurfacing in the discussion.
It’s amazing I have to remind anyone in 2022, but linking to, fav’ing/boosting, or following, something or someone, does NOT imply complete endorsement of every aspect of that thing or that person. (Sometimes we even share or highlight precisely for the OPPOSITE reason.)
I linked to two videos because I saw something useful in them, in the context of the broader discussion (the Joe Rogan controversy). And no, what I saw useful was not gratuitously chaining utterances of a certain word (that’s stupid per se), but that one video showcased that the reaction to Rogan was inconsistent with previous reactions to other public figures committing the same “sin”, and that the other video showed that Rogan’s views on politics, race, gender, inequality, etc are actually very different from what his critics are saying.”